The new EN 1627 - 1630 series of standards has been published with the issue date November 2021. Therefore, the Testing Institute Locks and Hardware [Prüfinstitut Schlösser und Beschläge Velbert (PIV)] now offers testing according to the current version or, in case of an existing certificate, updating to the new series of standards.

This European standard includes the requirements and classification of burglar resistant components. An important update of the standards series concerns the national foreword, as Table NA.1 has been adapted to the current standards for cylinders DIN 18252:2018 and Security plates DIN 18257:2015. In the new version, the normative references have been updated and the section "Fittings with locking mechanism without key" has been added. In addition, the scope of application was extended to include electromechanical building hardware. In the section on building hardware of EN 1627, other European standards have been included, such as EN 15685 (draft version) "Multi-point locks" and EN 16867:2020 " Mechatronic door furniture ". A planned Annex E for components such as "finger scanners" and other products was not included, as these products are subject to considerable rapid further development and do not correspond to the more mechanical attack. Work is currently being done on this topic, and a standardisation request is currently being submitted.

Fittings can be used and replaced if they comply with the respective product standards and meet the minimum requirements according to Table 2. If there is no test certificate according to the hardware standard, a test on the element is necessary and only applies to this case.

Tests on elements were previously carried out according to the EN 1627-1630:2011 standards. If an update to the new series of standards is desired, the PIV is available to provide advice and assistance. It is checked whether the new standard has an influence on the existing tests. The existing certificate can be renewed by means of a statement. As a rule, no new tests are required. 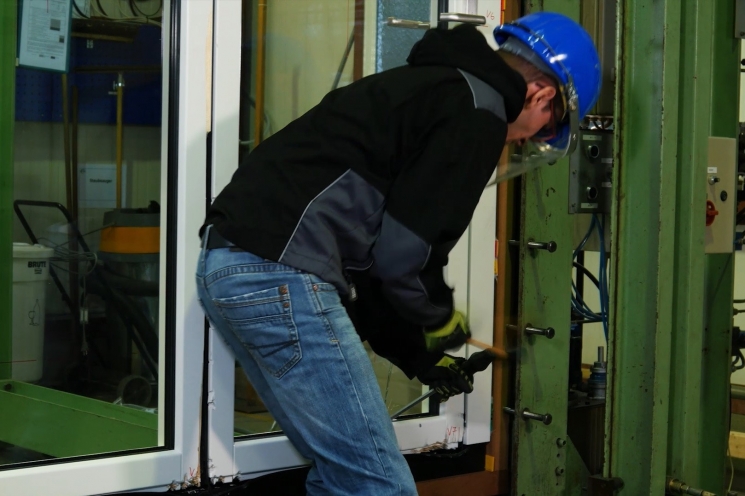